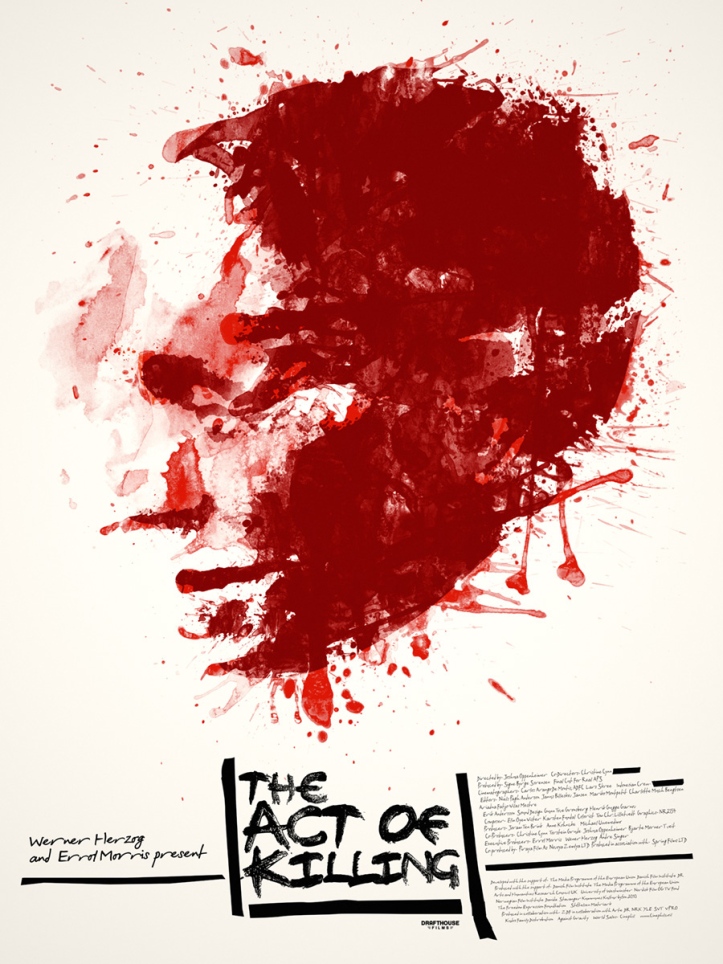 10. Hava Nagila: The Movie (Roberta Grossman)
This documentary tells a story of a Jewish popular song, Hava Nagila, starting from its obscurity until reaching spotlight as a pop culture icon and a type-casting tool, due to help of film and television programmes. This documentary is an example of an effort to understand comprehensively an obscure object, but this can be more than that: how to dissect a complex work of a machinery that turn a ritual artifact – and its religious connotation – into a tool to simplify a challenging idea of identity in daily life. With a smart sense of humor, this documentary is mocking our casual satisfaction to stereotype.

9. Pussy Riot: A Punk Prayer (Mike Lerner, Maxim Pozdorovkin)
The story revolves around the court trial of members of Pussy Riot, arguably the most controversial band in the early twenty first century. It reveals a story about resistance against some institutions that may perpetually dominate our world. Feminism might be the spearhead of this struggle but imagine these determined young women protesting the establishment called The Patriarch and Vladimir Putin, which may be the strongest symbols of the patriarchal and misogynistic society. These young women shout loudly inside the society’s most sacred site to uncover the unruly affairs between religion and politics. The subject is more than worth to tell.

8. Flaneurs #3 (Aryo Danusiri)
This short documentary tells a story about the followers of a religious group called Jamaah Rasulullah (The Prophet Muhammad Congregation), recorded after a sermon at Merdeka Square, Jakarta, Indonesia. They still gather in front of the stage, fetching bottled water (and maybe blessings) from the preachers, who claim to have a lineage from the Prophet Muhammad himself. The filmmaker, Aryo Danusiri records the new relation of these followers to the preacher thusly redefines the twofold phases of piety to Islam in Indonesia, a country with biggest Muslim population. Firstly, these followers have influenced the city-scape as they regularly stroll around the city to and from the sermons. Secondly, the followers’ cell phone camera (and most likely its digital technology) creates connected-ness which consequently affects and redefines piety and cultism.
To me, the “human swarm” in Aryo’s depiction of this congregation is tantalizing an increasingly important myth: the fear of zombie that has been escalating in post 9-11 liberal democratic world. These followers are people and their existence has been affecting our world. Should they be zombified just because they are pious?
See the short documentary in the link below (password: aryo123)
http://vimeo.com/59735371

7. Room 237 (Rodney Ascher)
People and cinema have created a relationship defined as cultism, a term to explain an unreasonable worship to particular objects. The filmmaker records this “madness” and brings us to linger upon this notion, neither to understand why the worship happened at the first place nor whether the object is worthy. Bringing worship on Stanley Kubrick’s The Shining, deemed as a film full with encrypted secret codes by its worshipers, Rodney Ascher challenges our perception on what can be resulted from a process of cinema watching. This brings us into the core of cinema, fetishism, that is when something regarded more than its intrinsic values. This can also be the reverse: there is nothing intrinsic in cinema. This film brings the essence of cinema, which is inter-relation of a work and its audience.

6. The Road: A Story of Life and Death (Marc Isaacs)
The road in this documentary is the oldest road in the UK. It is a geographical site that has been a silent witness of human being’s migration to the pulsating centre of civilization and this has been occurring dated back to the Roman Empire. Marc Isaacs takes us to that very street in London and makes us stop to see those people on the move, to understand why and how they began and end their journeys. Isaacs seems to be loyal to his credo ‘to give voice to the voiceless’. Without him making this documentary, those people would be forgotten. They can just die in their flat without anyone being aware for three days. Isaacs is outstanding in his effort: he never use his subjects just to carry his own personal agenda, rather he turns them into a complete human being with their own life and death.

5. Seeking Asian Female (Debbie Lum)
This is a documentary that makes both the subjects and the filmmaker challenged their perception on people that they type-casted. Rather than just ‘othering’ her subjects, the filmmakers invades the private area of “the monster” in her effort to understand him as a multi-dimensional human being, exorbitant of being stereotypically caged. This resulted in a depiction of failures, not only of the American man’s objectification of the exotic Asian women, but also of the Chinese woman’s idyllic American Dream. Also this brings another inevitable point of documentary film: the filmmaker’s intervention by recording the subjects is equally co-influencing both ends of the course of life.

4. Stories We Tell (Sarah Polley)
Sarah Polley is tracing her story as an extramarital child. She collects video documentation produced by her family members and mix it with reenactment of her parents, Diana and Michael Polley. Revolving around the story of young Polley couple, Sarah contradicts memory and perceptions of other family members on her parents and constructs a story about herself. This complex reconstruction become a mysterious self-searching journey through a room full of mirrors to reflect back along the way. Reality becomes entangled with memory and perception, which are impossible to be filtered out from facts. This even goes further: facts are actually memories and perceptions objectified through recording process when utterance are said and recorded and then perceived by the audience.
http://www.youtube.com/watch?v=ytq4VZ2Nyxg

3. Cutie and The Boxer (Zachary Heinzerling)
The documentary tells the story of a Japanese artist, Ushio Shinohara and his wife, Noriko, who live in New York and have been married for 40 years. Noriko met him when she was 19. She was an aspiring art student at that time. Noriko abandoned her career and decided to become a wife and an assistant to Ushio, an unruly artist who punch the canvass with paint for making his art. Timidly, Noriko have been creating her own work, a graphic story of ‘Cutie’, who is married to ‘Bullie’. Taken from her own marriage life, Noriko’s work become a serious contender to Ushio’s, not only artistically but also on her suggestion on how their relationship should work. It is about her tiredness of being taken for granted and about his jealousy towards his wife. Span across four decades, this documentary reveals a struggle of a couple to put meanings and legacy into their aging process.

2. Leviathan (Julien Castaing-Taylor and Verena Paravel)
This film is a serious contender to push the envelope further on contemporary cinema storytelling. The filmmakers’ courage to alienate the subjects/objects in their films has triggered questions to the function of cinema as a tool to construct our perception of reality and to convey story from it. A nod to the Herman Melville’s Moby Dick in this film has also provides an insight into relationship between men and their work. Fishermen might be a profession that has been taken for granted in our mundane life but by estranging it to audience, this documentary is able to raise questions on how humans’ work can lead to an imagery of an apocalyptical condition or a situation where life, massively, is in peril.

1. The Act of Killing (Joshua Oppenheimer, Christine Cynn and Anonymous)
Werner Herzog is exaggerating when he said this documentary has no precedent in the history of cinema. Depictions of murderers to reenact their actions have been done in Jean Rouch’s Moi Un Noir and Rithy Panh’s S21: Khmer Rouge Killing Machine. However, Herzog has a point on another thing: making the reenactment of a genocide as a nation-wide festival has never been depicted in cinema before. Therefore, this film is a question to a collectivity called nation-state, which happened to be Indonesia. But that’s not all. This question, put in global context, turns into something deeper with twofold consequences. Firstly, how far do we question the pretext for justifying the collateral for our current civilization without shaking its foundation? Secondly, do we dare to share empathy with a mass murderer to admit that there is maybe something inherent in human beings that enable us to tolerate (or even to participate) in a genocide? This film treats answer to these questions as prerequisites for enabling us, human being, to avoid similar thing from happening again in the future.

Missed it in 2013, anticipated for 2014: At Berkeley (Frederick Wiseman), Manakamana (Stephanie Spray dan Pacho Velez), The Square (Jehane Neoujaim), The Last of the Unjust (Claude Lanzmann).